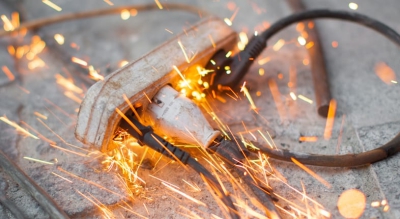 Testing and tagging electrical appliances is one useful way to check electrical equipment is safe. It's not mandatory but what is legally required is that equipment is electrically safe and maintained in a safe condition. Refer to https://www.education.govt.nz/school/property-and-...

Regulation 26 of Electrical (Safety) Regulations 2010 (ESR) (26) states one way to verify the safety of appliances that owners make available to their employees, contractors or are hired out, is to have the appliances tested and tagged in accordance with standard AS/NZS 3760. This standard is freely available to licensed electrical workers through the “Standards NZ link” from the EWRB homepage or from the files of Green T&T.

It is up to the person conducting the business or undertaking (PCBU) to decide whether to test and tag. They can either get the testing equipment and train up a worker, or hire a third-party to carry out the testing. (Green T&T)

Whoever does the work must have the knowledge and skills to do the task correctly. It doesn't need to be a registered electrical worker but the competent person needs to be able to understand the Standards involved. However, only a registered and licensed electrical practitioner will be able to fix any problems the testing reveals. (Green T&T have fully qualified registered and licensed practitioners on staff for this purpose)

How often you test and tag depends on the nature of the equipment and the workplace. For example, electrical equipment used on a construction site - outside and in damp conditions - would need more frequent testing than a computer in an office.

And remember, whether tested and tagged or not, electrical equipment still needs to be RCD - protected in certain circumstances, such as outside and in damp areas.

Green T&T offer this testing and tagging service and will supply both soft and hard copies of a data base of all items tested on your premises for your records with pass, fail and repaired notes for each item. If required Green T&T will repair if possible any equipment failed.

Any electrical repairs or maintenance to an appliance can only be carried out by an authorised person. As stated in ESR 90 the safety of the appliance is able to be verified in accordance with standard AS/NZS 5762.

This standard covers the testing and checking process following the repair of electrical appliances so protection against hazards such as electrical shock, mechanical injury, or electrical fire, is ensured as far as possible. This standard is freely available to licensed electrical workers through the “Standards NZ link” from the EWRB homepage.

Green T&T Ltd can do this for you.

Who are Green T&T.

Green T&T are a team led by a Senior Electrician “Stewart Arnett,” whom started in the industry as an apprentice in August 1964 in Norwich England with a company named A Pank and Son Ltd Who traveled to New Zealand in February 1972 to work with Jas J Niven and Company in the position of Commissioning Engineer working on York Chilling equipment. Staying with Niven's through several name changes until they became absorbed into the Compair Group of companies where Stewart worked in the position of “National Service Manager,” resigning to leave amicably on 1st April 1985. Moving to the University of Auckland as an Electrician in maintenance on 3rd May 1985 becoming the Electrical Maintenance Supervisor and later the U of A Electrical Technician during which time he was awarded the “Vice Chancellor’s Professional Staff Excellence Award,” November 2014 for the U of A City Data Center Resilience Project.

There are no products in this section